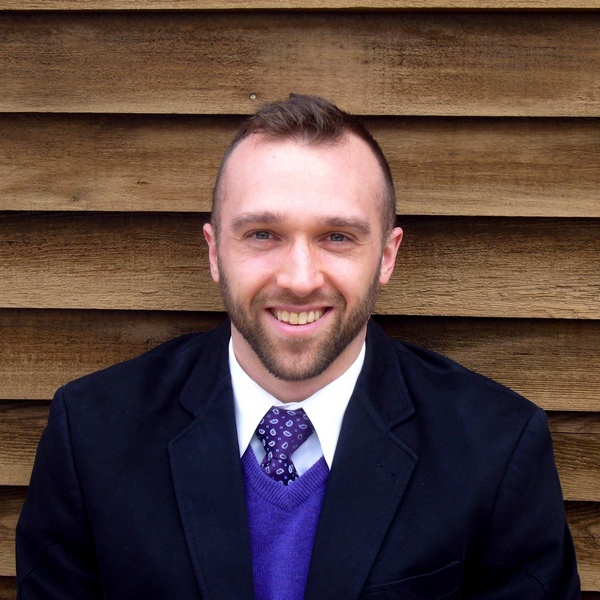 As I was biking down South Street Bridge, I happened to witness a little slice of perfection, being in just the right place at just the right time. South Street Bridge is known as one of the best places to view the Philly Skyline, so I stopped to capture some fantastic evening sunlight highlighting the skyscrapers beneath a dark sky pregnant with late spring showers.

As I kept shooting away, however, I was granted with a rare sight indeed—a perfectly framed rainbow forming! And not only that, but soon it was a clearly visible double rainbow. The intensity of the primary rainbow was truly breathtaking, as was its sheer size and height. This was one of the few times in my life I was able to clearly make out ROYGBIV. Even though no photos can do the scene justice, I’ll let the images speak for themselves. As with everything in life, the moment was fleeting, so I soon hopped back on my sweet ride and headed on. 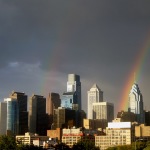 And for a bonus, here’s a shot I took on a gorgeous day about a month ago that I’ve been meaning to post. Enjoy! 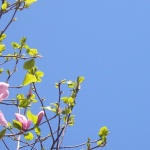 This past year I’ve been hanging out with the Penn Gymnastics Club, which is open to anyone with a PennCard. I decided to join since I realized that practicing basic parkour moves and elementary acrobatics in a safe environment full of experienced people and soft mats was probably a better idea than jumping around on concrete and grass while hungover (cough cough like the Collarbone Incident in 2005).

So I have been learning a lot and having a blast on the mats with my fellow club members.

It’s interesting—all of the women in the club have at least some experience in gymnastics (some are even part of Penn’s actual gymnastics team), but the majority of the guys in the club are, like me, amateurs looking to learn acrobatics for parkourish purposes.

But in any case, the following video was recorded a month or so ago (April 2008) and reveals my process as I finally learned how to wallflip. It’s quick, and it’s not pretty. But hopefully it is amusing.

I suppose the takeaway, though, is that it’s never too late to learn this stuff, since here I am at the ripe old age of 26 doing acrobatics for the first time.

I took advantage of a fascinating talk today by a visiting scholar, Dr. David Shinn, who was formerly our Ambassador to Ethiopia (among other positions), and who is now a professor at GWU. I went at the last minute based on an email from my Japanese History professor, and I’m quite glad I did. Thanks to my China knowledge (mostly gleaned from majoring in it…Check that out mom & dad—I actually learned something at college!) and my greater-than-average Africa knowledge due to the scenarios we worked with at NYLF/National Security, I learned a even more from the talk.

Since I’m pressed for time, I’m just going to bullet point some of the more interesting tidbits I collected from the talk, for you, my loyal reader (yes, you, sitting over there by yourself) to peruse at your leisure:

Everything happens for a reason.
Life goes on.
We call our experiences to us.
Life has ups and downs; yin & yang: so go with the flow…

These and sundry other such platitudes kept me all warm and cuddly with positivity over the past week, since I seemed to have gone an’ done broke my collar-bone.

So, I was warming up to practice parkour, which, yes, can be sorta potentially injurious to various parts of the human body. But it’s so much fun! And quite useful, as both exercise and practice for when you might have to outrun bad guys in a race across a city, as you do. And besides, I am fit and healthy, and I stretch, and I warm up. Except the problem this time was the warmup itself—we had just started to practice and things were shaping up nicely (& safely!), when I got distracted, didn’t concentrate on my form when landing a jump, and rolled wrong. I went over my shoulder sideways instead of forward, so all the pressure of the roll went through my collarbone. Live & learn.

It was kinda cool—as I was sitting up out of the roll I heard/felt this visceral *pop*, blacked out for a split second, got lightheaded for a bit, and went into minor shock (hyperventilated and sweat profusely for an hour or so). There was virtually no pain though, neither then nor since. Just discomfiture and the feeling that your shoulder is falling off. Nothing too bad.

It was just really good that I realized/knew right away what had happened, so I didn’t move much, then slowly got up and walked to the ER while supporting my arm (thankfully HUP was only a few blocks away). In that way (by keeping it relatively immobile after it happened) I think I managed to not damage any organs, nerves, muscles, tendons, or ligaments.

The best part is that another friend was filming the action, since that’s what you do when parkour is happening, obviously, so there’s video footage of the break:

You can actually hear the *snap* at 11 seconds in.

Enjoy laughing at my pain and stupidity & wondering at my sanity! I know I would.

Although I was told by the doctors that I could just let it heal as it was (overlapping the bone, which had snapped in half), I eventually opted for surgery. They put a long screw through my shoulder to hold the bone in place as it healed, then another surgery to take the screw out so it could finish healing.

I was given a huge prescription for Percocets or something like ’em, but only ended up taking 3—it just didn’t hurt that much. I later threw the bottle away, and I’ll admit that a part of me wished I had sold the rest of them instead, since that could have taken care of a chunk of my student loans for the semester. Or at least more of the other college essential bills: alcohol and books.

Aside from the hospital copays and the lessons learned (A. Don’t workout when my body’s telling me not to, B. Master the basics before moving on, C. Take it easy when hungover, and D. All of the above applies doubly so when doing parkour), the only other significant consequence was that my running habits were destroyed. I had been training for my second Philly Marathon that year, which went right out the window. I never really ran much again for another 4 years, actually, when I finally got back into it thanks to encountering these things called Tough Mudders. That’s another story.

Always so much to say and so little time to say it, or vice versa. Currently, it’s the former, so I find myself archiving topics and notes and experiences to write about later. Anyway, for now….

I have some spectacularly, even breathtakingly awesome classes this semester. One of them is a writing class, actually, about the boundaries between Music & Noise. This may seem a vague and broad topic to some, or a narrow and specialized topic to others, when in actuality it is. Both.

One of the goals of this open-ended-type of course is to figure out what the class is supposed to be about. Examining “modern” music, “experimental” music, noise, electronic music, creative silence, found sound, ambient music, &c, contemplating the genesis and evolution of these forms and distinctions (if there are any distinctions), and deciding what it all means in the end, is a daunting intellectual task.

Even though most of the Public sees the aforementioned “styles” of music to be quite new, in fact there is already more than a century of innovation, technology, theory, practice, and philosophy in place. The invention and development of electronic communication in the 19th century (telegraph and telephone), followed by the development of mechanical recording (phonograph), and then the electronic, magnetic, and digital recording devices of the 20th century have spurred an abundance of creative cross-polination in music for centuries. Even well before recording technologies and communication lines became so ubiquitous more recently, the tides of cultural exchange have washed musical styles to and fro around the world in a perpetual feedback loop of innovation, dispersion, (re-)”discovery”, influence, redispersion, and popularity—leading to such cycles as

The recording industry, its development and its impact, also play a huge role. And this all barely touches up the influence of early innovators and theoretical explorers like John Cage, Pierre Schaeffer, and many others before and after.

Goodness, I could keep going, but let me leave some sources for you to explore yourself, dear reader.

Anyway, life and college beckon me from beyond the computer, so to conclude today I will switch from bloggish mode over to journal mode, and leave some insights that burbled into my consciousness as we listened to some fascinating works of aural art in class today….